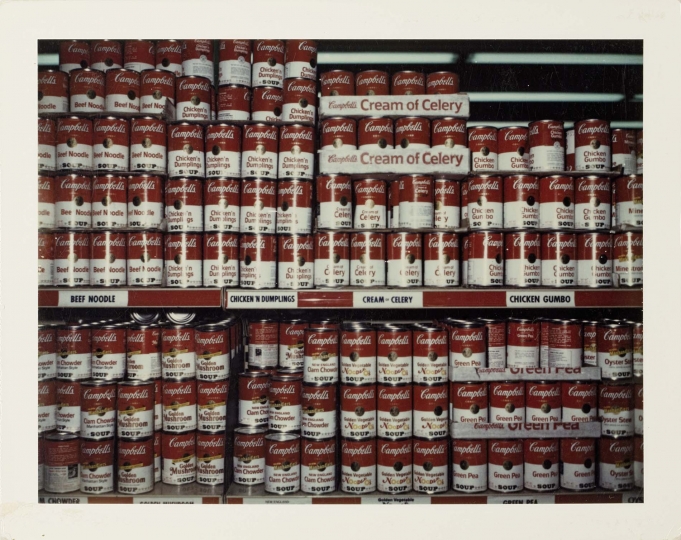 Summer 1973. Toast, ham and eggs, ketchup, drip coffee: scenes from an American diner. The subject matter is trivial, but the occasion was momentous: it was the first day of filming for Wenders’ road movie Alice in the Cities (1974). In the film, the main character wanders the streets of American cities with an instant camera, the Polaroid SX-70. From the late 1960s to the early 1980s, Polaroids were Wim Wenders’ visual notebook, a field of experimentation, and a photographic road movie. The resulting collection of pictures includes thousands of unique, personal shots of his film sets and travels through Europe, the United States, and many other places around the globe. They show Wenders in his personal surroundings and portraits of celebrities and friends including Annie Leibovitz, Rainer Werner Fassbinder, Dennis Hopper, and Peter Handke. Until September 23, 2018.